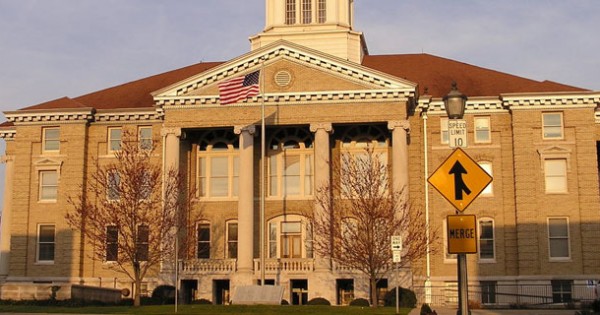 The Indiana High School Baseball Coaches Association has released its Hall of Fame class for 2016. The induction ceremonies will be held Friday January 22, 2016 at the Sheraton at Keystone at the Crossing in Indianapolis, IN. This event will be part of the 3-day IHSBCA state clinic and information is available at www.ihsbca.org

Andy Owen spent 28 years coaching high school baseball in Ft. Wayne. A graduate of Ft. Wayne Concordia HS and Indiana University, he began his coaching career in 1984 as an assistant coach at Ft. Wayne Elmhurst HS. In 1987, he became an assistant coach at Ft. Wayne Snider HS and went on to assume the head coaching duties in 1993.
Coach Owen led the Panthers program thru the 2011 season and won 359 games during his tenure. His championships included 5 sectionals, 2 regionals, 2 semi-states, and 2 state titles. His ball club won 8 conference crowns and he was awarded state coach of the year honors during that time period. In addition to coaching at the high school level, Andy worked in the Fort Wayne summer Wildcat League for over 10 years. He has served on the IHSBCA Poll Panel and was an active ABCA member.
Brian Kuester has coached the South Spencer Rebels for 18 seasons and compiled a 358 – 179 record during that time. He has won 8 Pocket Athletic Conference championships, 7 sectional titles, 4 regional championships, 4 semi-state crowns, and 4 state championships (2007, 2011, 2013, and 2015). Twice he has been named a South All – Star coach for the annual IHSBCA North – South series.
In addition to coaching at the high school level, Coach Kuester has also been involved in legion baseball where he has been a part of 2 state championship teams in 1989 with the Boonville American Legion and in 1995 with the Eugene Pate American Legion.

Coach Werner is a graduate of Taylor Allderdice HS in Pittsburgh, PA. Grier then transitioned to Penn State University where he played baseball for 4 years and participated in the 1963 College World Series. Upon graduating from PSU in 1964, he then went to Indiana University to work on his master’s degree in HPER, which he received in 1965.

Grier began teaching in the Bloomington school system in the fall of 1965 and spent a total of 43 years in education. He was an asst. coach at IU from 1975-1980 and then became the head coach at Bloomington South HS in 1981. He spent 28 years in the head-coaching role and amassed 419 wins; won 7 sectional titles; 2 regionals championships; and 4 conference rings. He was IHSBCA president in addition to serving in many association roles and being named district coach of the year.

Mark Riggins is a 1975 graduate of Loogootee High School where he was a member of the state runner-up basketball team and a South All-Star in baseball. During that time he received all conference honors for 3 years as a pitcher.
He is a 1979 graduate of Murray State University where he obtained a degree in agricultural business. In August 1979, he was signed as an undrafted free agent and played five seasons in the St. Louis Cardinals organization reaching the AAA level.
Mark is currently in his 5th season with the Cincinnati Reds organization and was recently named the big league pitching coach for the 2016 season. He also held the same role with the St. Louis Cardinals club in 1995 and the Chicago Cubs in 2011. His main role with the Reds, Cubs (2008-10), and the Cardinals (1984 – 2007) was in player development as a minor league pitching coordinator. While a member of the Cardinals organization, he was the recipient of the George Kissell award for excellence and achievement in player development.
Ray Oyler lettered in baseball and basketball at Indianapolis Cathedral High School and quarterbacked the football squad to a city title. He signed with the Detroit Tigers in 1960 after four years in the Marine Corps.

The Seattle Pilots, an expansion club, drafted Oyler prior to the 1969 season. He batted .165 in 106 games that season. In December 1969 Oyler went to the Oakland Athletics in a four-player trade. In April 1970 Oakland dealt him to the California Angels, his final big league stop.

Upon settling in Redmond, Washington, Oyler worked for the Boeing Corporation and for Safeway Corporation. He suffered a fatal heart attack at age 43.